Or, how I gave my first tech talk (on 3 hours’ notice)

This conference was awesome: not too big, not too cramped of a schedule (long breaks between talk sessions), free drinks, snacks & meals (with vegan options!), unisex bathrooms (toiletries & tampons provided!), a code of conduct, and - most importantly, to me - a great diversity program that gave me and 16 others support to attend! The unconference format was really interesting, and worked better than I expected. It also enabled something I wasn’t planning on: I gave my first talk at a tech conference! 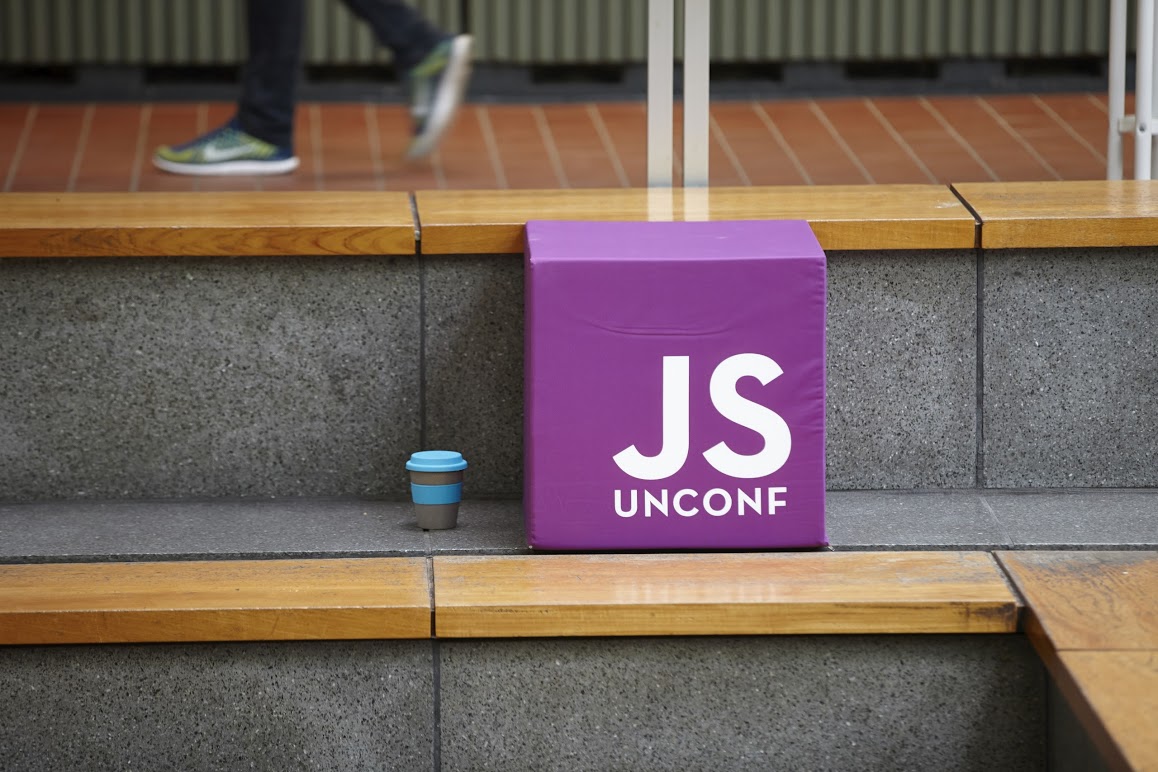 There’s no pre-planned schedule; instead, at the beginning of each day, anyone who’s interested in giving a talk makes a short pitch of their topic, and for the next hour or so the rest of the attendees vote on which talks they want to attend. The highest-voted talks are selected, and begin shortly after that. It sounds like it would be chaos, but it works!

I gave my first tech talk! On 3 hours’ notice!

On day 2 of the conference, in a completely unexpected turn of events, I proposed, planned, and delivered a 30-minute talk within a period of about 3 hours. Am I crazy? Perhaps. But the good kind of crazy!

See, there had been some interest in functional programming in JS (as part of the unconference format, people can submit topics they’d like to hear a talk on as well), and some talks on specific topics related to functional languages/libraries, but no one had proposed a high-level general introduction about it. So, at literally the last minute of the talk-proposal session, I spontaneously got up and pitched “Learning Functional Programming with JS” (that’s how I learned FP, after all!).

Turns out people were indeed interested: my proposal actually got more votes than any other that day. Which meant that I would present in the main room, the only one out of the three tracks that was being recorded. So all I had to do was, you know, plan a talk and make slides from scratch and then speak for 30 minutes in front of a camera, all in the space of about 3 hours.

Luckily my years of teaching experience and a few presentations at academic conferences came to the rescue. I had to skip a couple of the sessions before mine (luckily some talks were recorded), and get a little instant feedback from a few folks at the conference that I had gotten to know, but ultimately I was able to throw together a talk outline and some slides.

When it came to actually delivering the talk, it was actually less scary than I thought. I even had enough time to do an ad-hoc digression (on the chalkboard!!!) into persistent data structures, which are the topic of my first scheduled tech talk at !!Con 2016.

So, how did it go? I’ll let Twitter tell you:

Is it a bird? 🐦 No! Plane? ✈ Nope, it's a Mapreduce Sandwich! 🍔@AnjanaVakil's 💯 intro to functional prog. #jsunconf pic.twitter.com/uqUniJ4zpg

The whole thing was a great experience, and definitely gave me a huge confidence boost for speaking at more conferences in the future (look out, !!Con and EuroPython!). I would recommend it to anyone! Come to think of it, why aren’t you giving talks yet?

Some things I learned at JSUnconf

These are the unedited notes I jotted down during the talks. Mistakes, omissions, and misunderstandings are totally possible! Don’t take my word for anything; when in doubt check out the slides!

Some experiences building an Android app with React Native & Redux